Most notoriously, the Black Death struck in 1348, killing at least 25% of the population.  How did the shift from prosperity to crisis shift thinking about sufficiency?  The theme of excess permeated medieval discussions of plague, its causes and its effects.  In turn, the focus of discussions about excess shifted from moderation to an obsession with status.

Whereas thirteenth-century anxiety had been primarily quantitative, about greed for too many goods,  taking too much money, too many people living in Europe – focus after the plague was upon excess in relation to status.  In a variety of contexts, fourteenth-century thinkers suggested that people were behaving excessively in relation to their station.   This was, of course, not a new thought, but one which received renewed emphasis post-plague.  Writers of politically engaged imaginative literature and chroniclers worried, as Di Tura did, that ‘all money had fallen into the hands of new people’, and legislation responded to such anxieties.  Many were seen to dress excessively in relation to their station – the 1353 sumptuary legislation in England claimed to curb the ‘outrageous and excessive apparel of many people, contrary to their estate and degree’.  People of lower status were seen to be inappropriately engaging in the luxury of commissioning art.  And the labouring classes were perceived to be excessive in their demands of higher pay – a theme on which the character of Piers Plowman dwells in Langland’s famous poem. 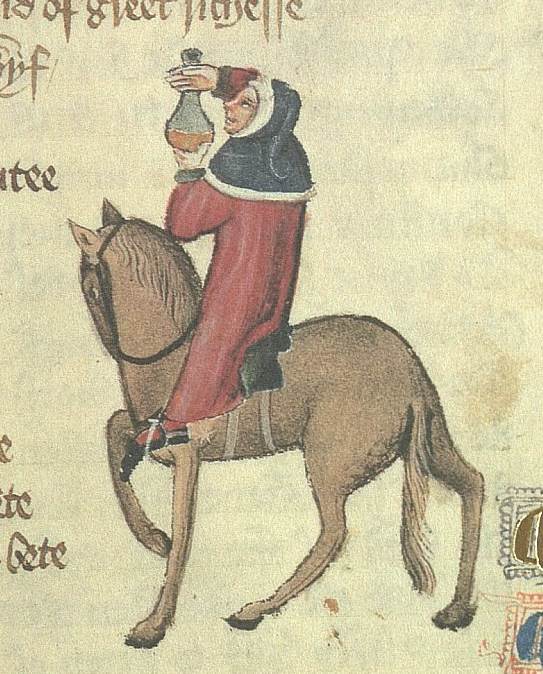 Historians debate incessantly the question of whether the plague brought about social mobility.  What we can say with certainty is that it helped to transform notions of sufficiency: discussions of what was ‘enough’ focused increasingly on status, showing a contemporary perception that those of lower social status were re-evaluating what they considered to be enough or sufficient, and that those in authority re-directed their discussions of sufficiency and excess to focus upon this question of status.  Indeed, such was the emphasis of legislation attempting to fix wages, for example in Siena.

What can we glean from this? Most of all – that ‘enough’ is relative.  Whenever we try to justify ourselves in terms of enough, it’s useful to remember just how specific our notions of what is enough really are.  At moments of economic and social change, it would seem that notions of what is ‘enough’ get reassessed: whether or not poorer members of society are able to adopt a more expansive notion of what is ‘enough’, those accustomed to enjoy a very generous ‘sufficiency’ realise that there isn’t enough to go around unless they openly define ‘enough’ in relation to status.  Not everyone deserves the same ‘enough’ apparently.
Posted by nowandthen at 02:25

Email ThisBlogThis!Share to TwitterShare to FacebookShare to Pinterest
Labels: Enough-ness in the Middle Ages