The streets of Paris

The other purpose of this trip to Paris was to get a sense of the space used by students when misbehaving in the fifteenth century.  My project is a comparative one, looking at Oxford, Paris and Heidelberg.  Then, as now, these were three very different cities, and exploring the different ways in which students engaged with the urban space in which they found themselves, provides some useful points of contrast.

The buildings in Paris have, for the most part, changed dramatically since the fifteenth century.  But a lot of the street layout in the Quartier Latin, where the students lived, remains remarkably similar.  I have found quite detailed accounts in the archives of how students negotiated their way around the streets and squares, and used the different connotations of particular areas to give meaning to their mischief. 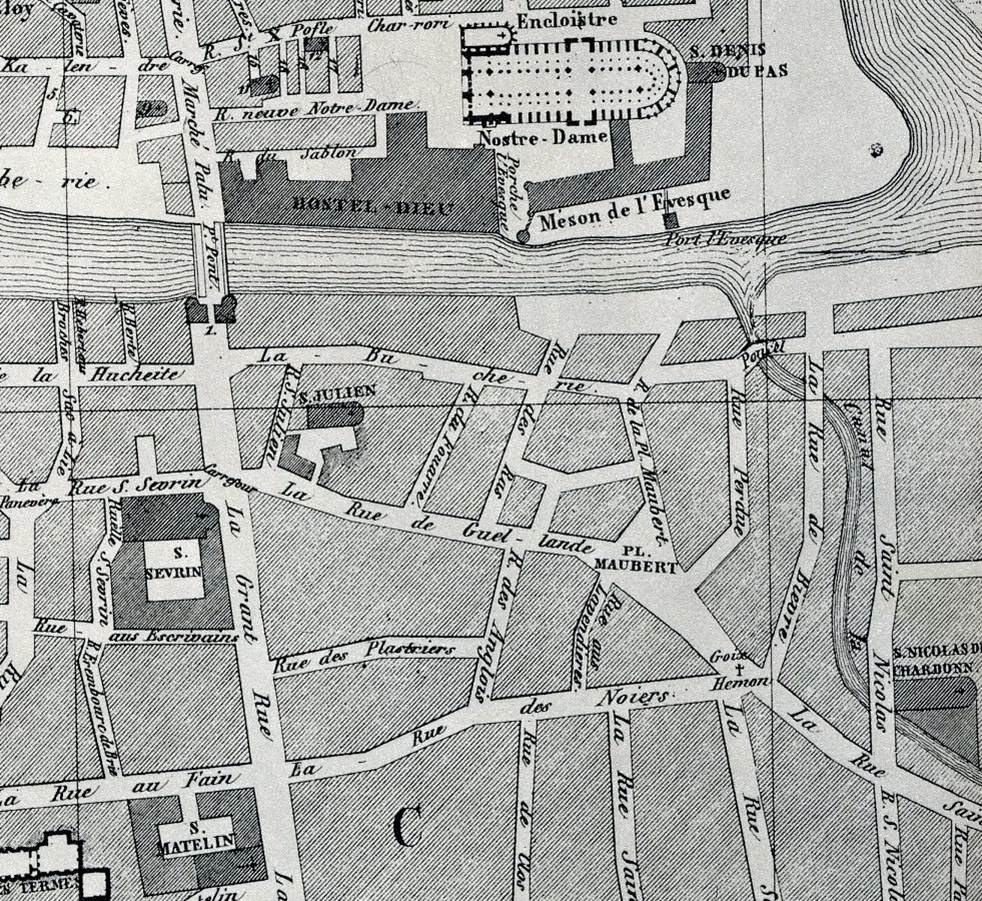 So, for example, we learn that in 1470, one Master Hugues Angot was woken from sleep in his hostel in the Rue des Noiers (now absorbed into the Boulevard Saint Germain) by loud and insulting singing outside his window.  Unable to sleep, and unable to endure the insults to his masculinity, and knowing the perpetrators to be old rivals, he roused his friend and they both went out into the street in their nightgowns.  They walked as far as the corner of the Rue des Anglais, but couldn’t see their disturbers, so they went back inside to get dressed properly.  Then they went out again, and saw their enemies at the end of the rue du Plastié (now rue Domat).  Unwilling to confront them directly, they passed on to the Place Maubert, a small square lined with student hostels and brothels.  Then they decided to take the long way round back to their hostel to avoid being spotted by their enemies and to avoid provoking a fight.  So, they passed by rue des Lavandières, then Rue des Noiers, then the Rue des Anglais.  Then turning down the Rue du Plastié again, they returned to their hostel via the Rue Saint Jacques.  But, just as they were returning to their hostel, they saw their enemies coming from the Rue des Anglais.  At this point though, some other people appeared, so the aggressors fled to the corner of the Rue des Closbrimeaux (now Rue Jean-de-Beauvais).  The men who’d been woken then chased their enemies until the Place Maubert, where they caught up with them outside the tavern des Trois Haches.  At this point the insulting singer tried to hit Hugues Ansot on the head, but Hugues defended himself with a stone, and the man was killed.


Not realising this, Hugues returned to his hostel.

At least this is the account which Hugues gave in his appeal for remission for murder.  Self-consciously trying to justify himself, he referred to space in very particular ways.  Retracing the steps of these students gave me a real sense of the importance of space.  Strategically, the students moved between the great open space of the Rue Saint Jacques and the overcrowded, dark spaces of the narrow streets of the Quartier Latin.  And symbolically, they moved between the public spaces of the city and the spaces of student and university life – they were making points about their integration into the life of the city, about the defence of their honour.  The real sense of their movements, the scary nature of events, the way in which their actions were shaped by, and shaped, the space around them – felt very different as I walked along the cobbles. 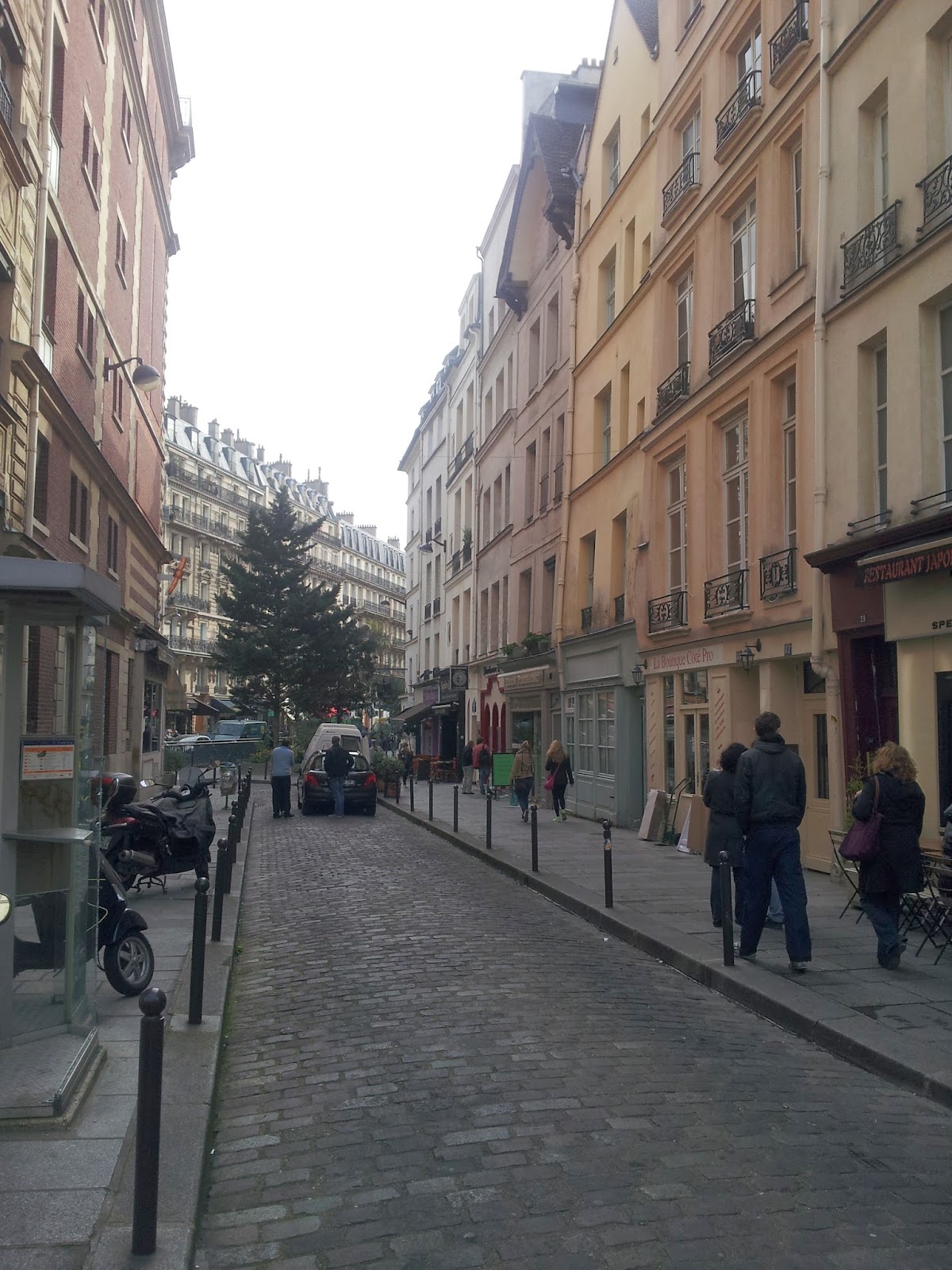