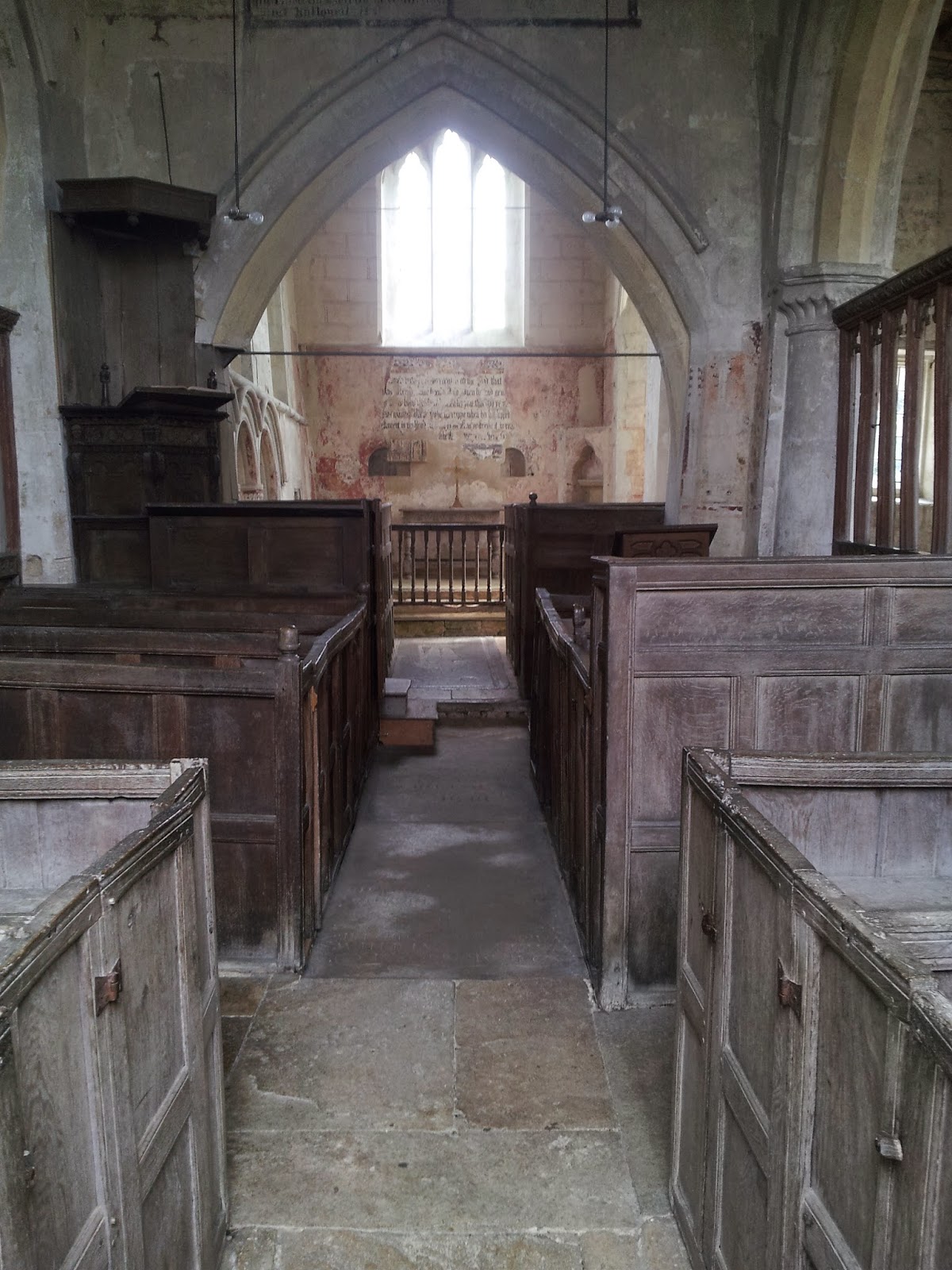 Last week, I visited the beautiful little Church of Inglesham with my dad and my son.  It's a tiny and charming early thirteenth-century Church nestling in the fields near the river Thames.  Medieval wall-paintings in now muted colours give a sense of faded sweetness, and remind us that medieval religion must have been such a vivid and colourful experience.  William Morris, the founder of the Arts and Crafts movement, was very much taken with the Church, and campaigned for its sympathetic restoration in the 1880s.

My little boy was particularly taken with the box pews, which date from the Commonwealth era - their dinky little doors and enclosed spaces make wonderful little play-houses. 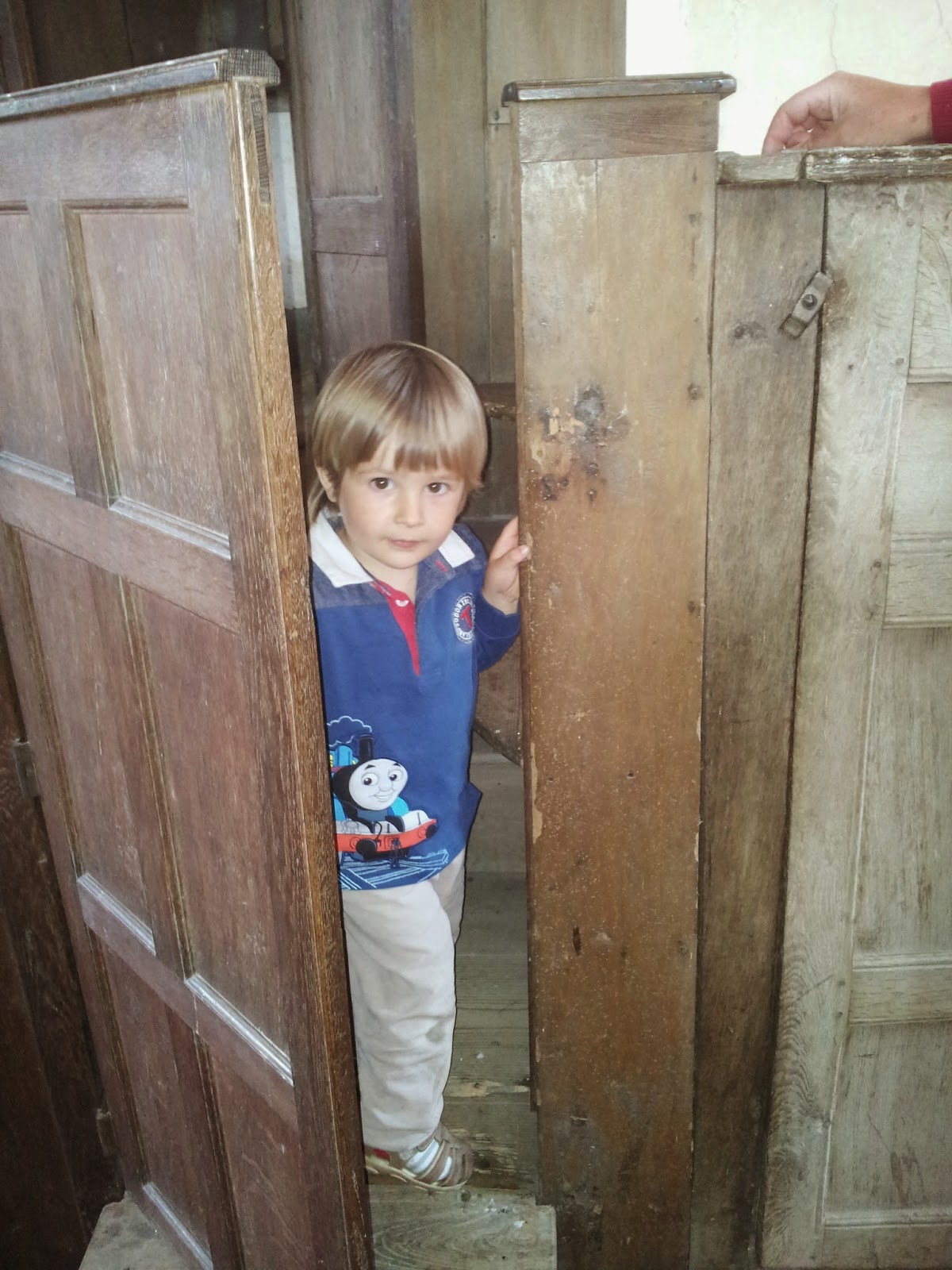 They also remind us that religion became, from the thirteenth (when the congregation would usually have had to stand) to the seventeenth centuries, more, rather than less, hierarchical.

Here is the pew which presumably housed the lord of the manor and his family, keeping them separate, grand and noteworthy.  There's even a separate door beside this pew, so that they could go straight from the manor house into their pew, without having to rub shoulders with too many hoi polloi.  Space is such a powerful and loaded way of organising reality...