Whilst in Germany last week, we spent a happy day in Limburg (an der Lahn).  It's such a pretty place, complete with cute half-timbered houses and evidence of a rich medieval history.  It lies in a natural settlement spot - this is one of the richest agricultural areas of the Hesse region, and there's a convenient crossing over the Lahn.  I love this river - my parents-in-law live much further upstream, and whenever I take a train from their flat, my journey always begins by following the river as it meanders gently through the valleys. 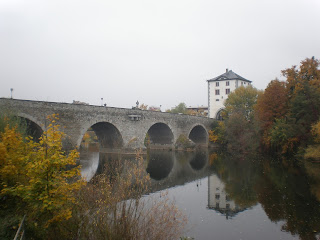 In 1289, there was a great fire in Limburg, and it looks as though there was then a concerted and rapid attempt to rebuild, so that there are early fourteenth-century buildings which are amongst the earliest of their type in Germany. 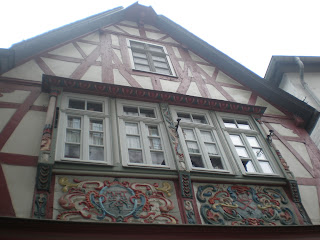 The cathedral is spectacular, and unusually colourful. 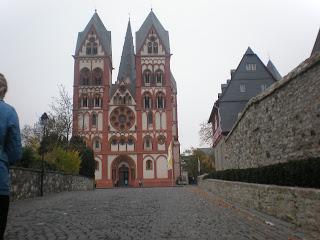 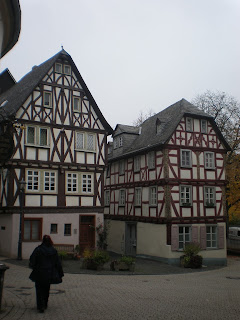 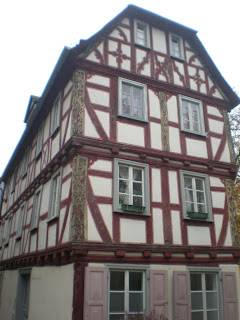 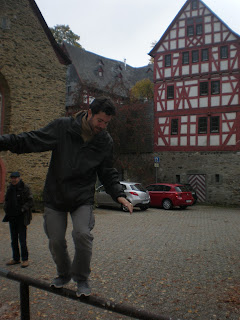 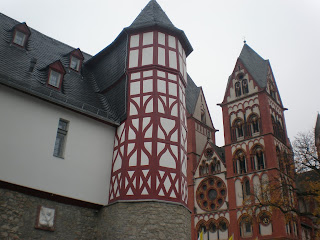 It was a lovely place to visit - partly because it gave me such a nice sense of the vivid colour of medieval life - despite its hardships, this was not a period of monochrome - and partly because the completeness of the squares was so evocative of bustling markets.

And I had the most delicious Flammkuchen for lunch!