One of the lovely treats on this visit to Germany was spending time at the outdoor swimming pool.  My son loved it, and the view down the wooded valleys was wild and inviting. 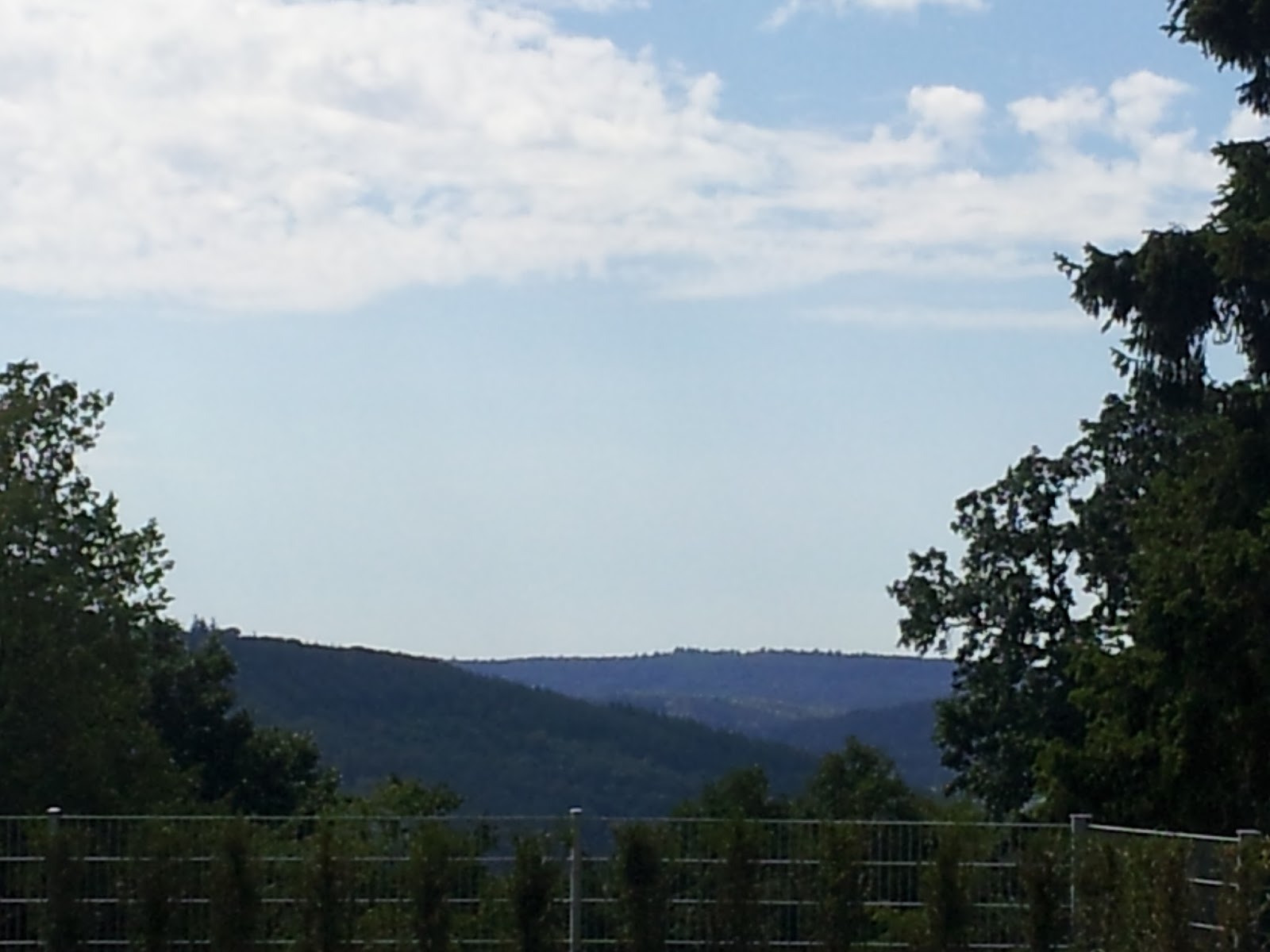 Swimming is such a natural sort of pleasure that it's pleasing to find examples of people enjoying it in the Middle Ages.  One of my favourite images is from the early C14th Vie de Saint Denis: this is a richly illuminated manuscript telling the story of the life of the C3rd saintly bishop of Paris, but underneath each illumination of this very serious tale is a more light-hearted scene of everyday life from contemporary fourteenth-century Paris.  Here you can see some students playing in the Seine: they seem to be English students, as it was thought that the English had tails (how many people actually believed this, goodness knows). 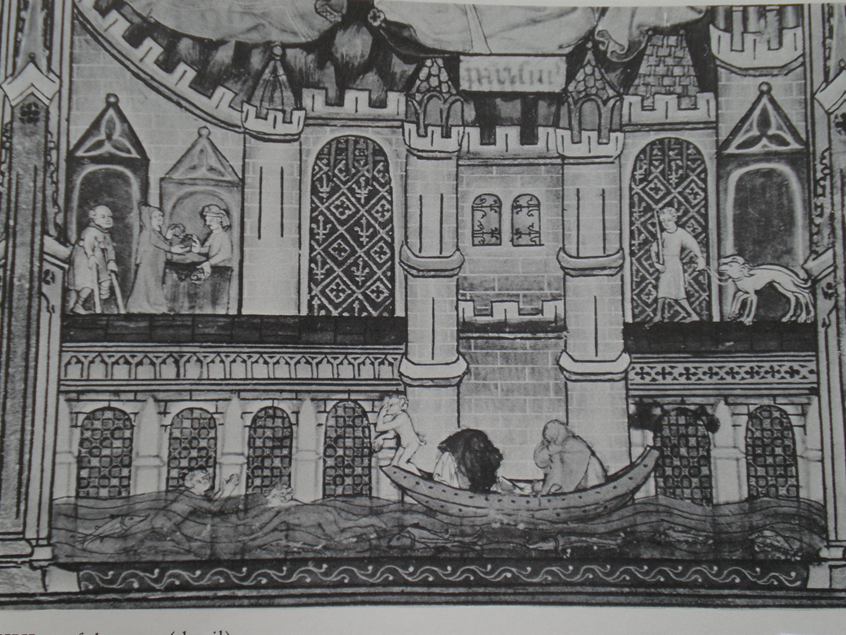 
However, the idea of leisure in the Middle Ages does subvert several stereotypes.  Many of the popular images of the period, and even much historiography seems to assume a terribly serious, and certainly very brutal world, where few had the time or inclination for frivolity.  In the same way, it is often supposed that medieval people had no concrete notion of childhood (this was the argument of a famous book by Philippe Aries).  Much subsequent work has demonstrated that, on the contrary, medieval people had very variegated and affectionate ideas of childhood as a distinct life-phase.

I think this is important not just for its own sake, but because there are many today from whom childhood and leisure are effectively taken away.  Everyone is shocked by the idea of child labour (see here), but many continue to buy products of dubious origins.  Why do we all tolerate this?  I think it's mainly because it's convenient, but I think that there's also deep-down a kind of insidious sense that, in developing countries and different cultures, childhood and leisure just aren't so valued.  So my point is a very simple one - and one that one image of students swimming hardly proves (!) - that leisure and childhood are actually pretty universal.  They are ideas which humans as social beings all yearn for - and to which all should have a right.
Posted by nowandthen at 06:48