We have spent a lot of weekends camping this summer - late night Friday drives down to the coast, two glorious days by, and in, the sea and Sunday night back to Oxford ready for work on Monday morning.

We have camped quite a lot beneath the magnificent ruins of Corfe castle, which I've already written a little about here.  I've been preparing for teaching a paper this term on the British Isles between 1042 and 1330. Visiting Corfe, a Norman castle which was added to over the years before being reduced to picturesque ruins during the civil war, really added something to my sense of what this period is about.  But working out what precisely this is, is harder. 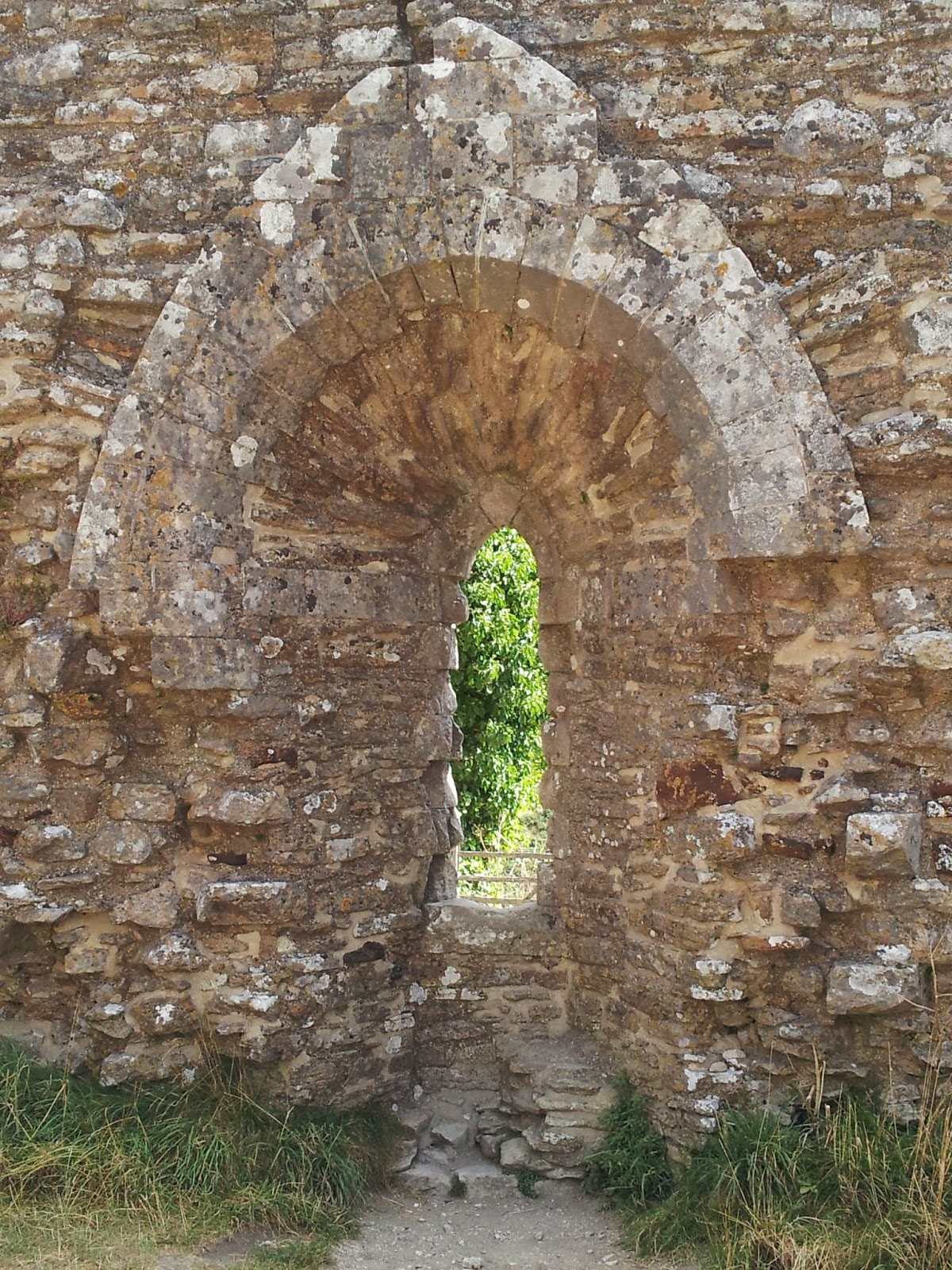 The romance of such ruins is clear - the rugged and mighty walls reaching at gravity defying angles skywards, and whispers from the past covered now in weeds and lichen.  But, whilst this tells me a lot about my own cultural background and expectations, it tells me little about the eleventh century. 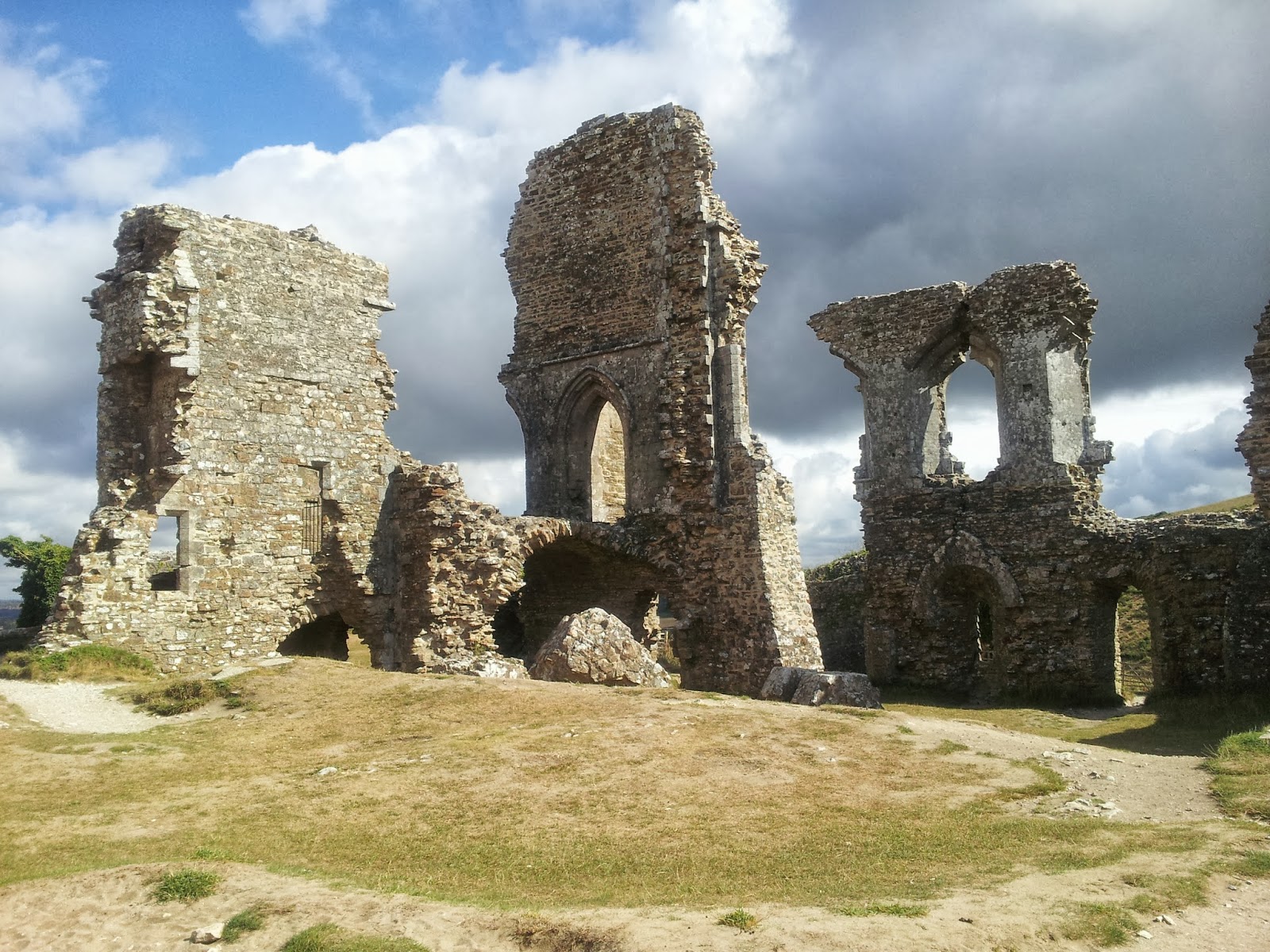 But it certainly is valuable to visit the sites which we study.  First, because it's the setting within the landscape which made castles like Corfe function: when you're standing there, you get a very dramatic sense of the superb strategic positioning of the castle, perched atop a steep hill, and commanding magnificent views in all directions; you get a much more meaningful understanding of the ways in which roads and communications inland could be controlled; and, of course, the nearness of the sea and its role in the precarious ties between England and the continent is particularly striking.  And then, there's the sheer scale of the thing: standing beneath the towering keep is awe-inspiring, and gives one a sense of the spectacle of power.  Most interestingly, a place like Corfe, where the ruined state allows you to see the different types of stone-work and the numerous additions, emphasises how history involves processes of layering; of re-use and adaptation; of re-invention of symbols and architecture in shifting political contexts.  It's a building as palimpsest in a sense: the successive regimes, antagonisms and shows of power peel off one by one as the ruins crumble.  And it's excellent for playing hide-and-seek as my son discovered. 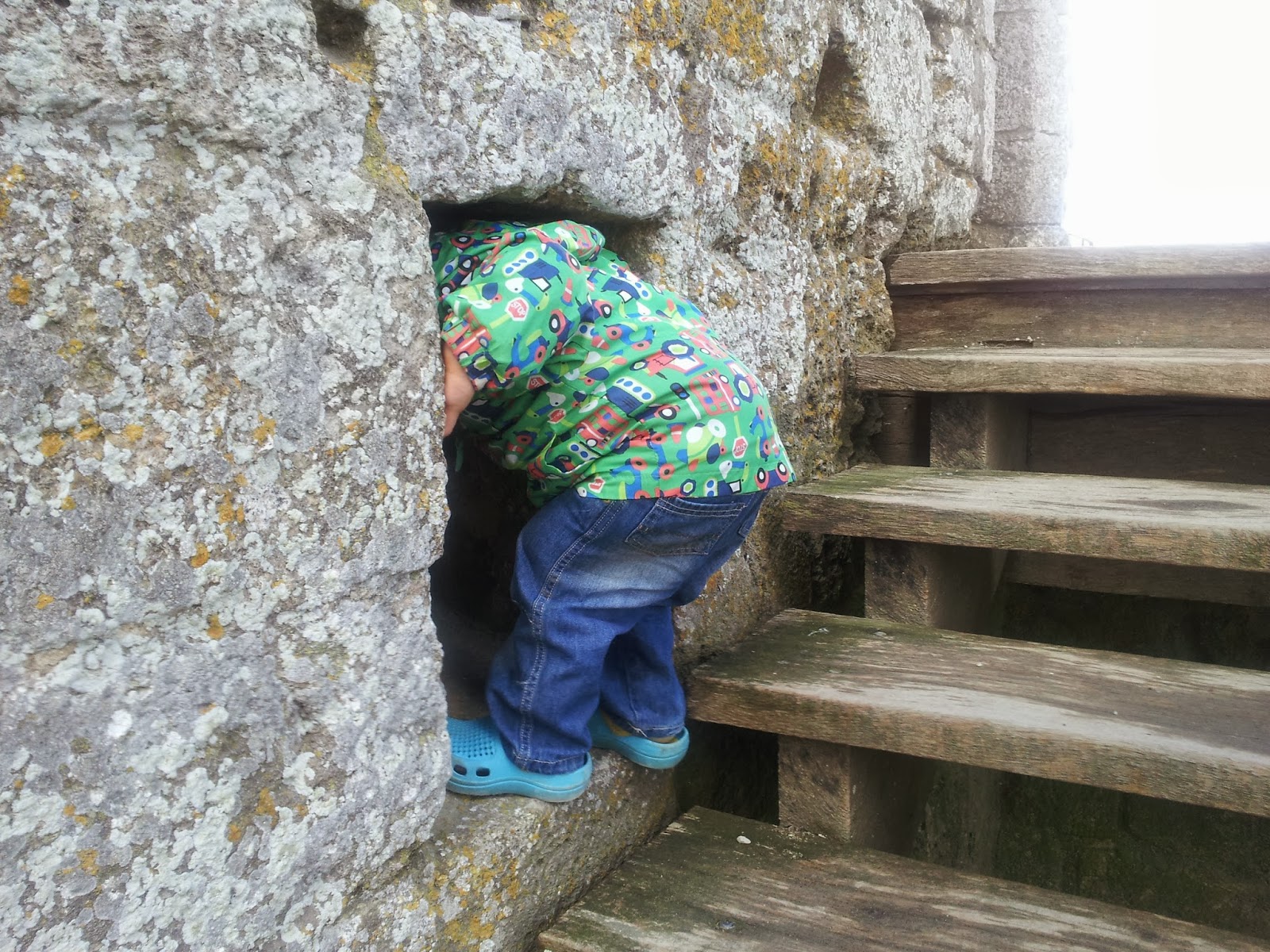 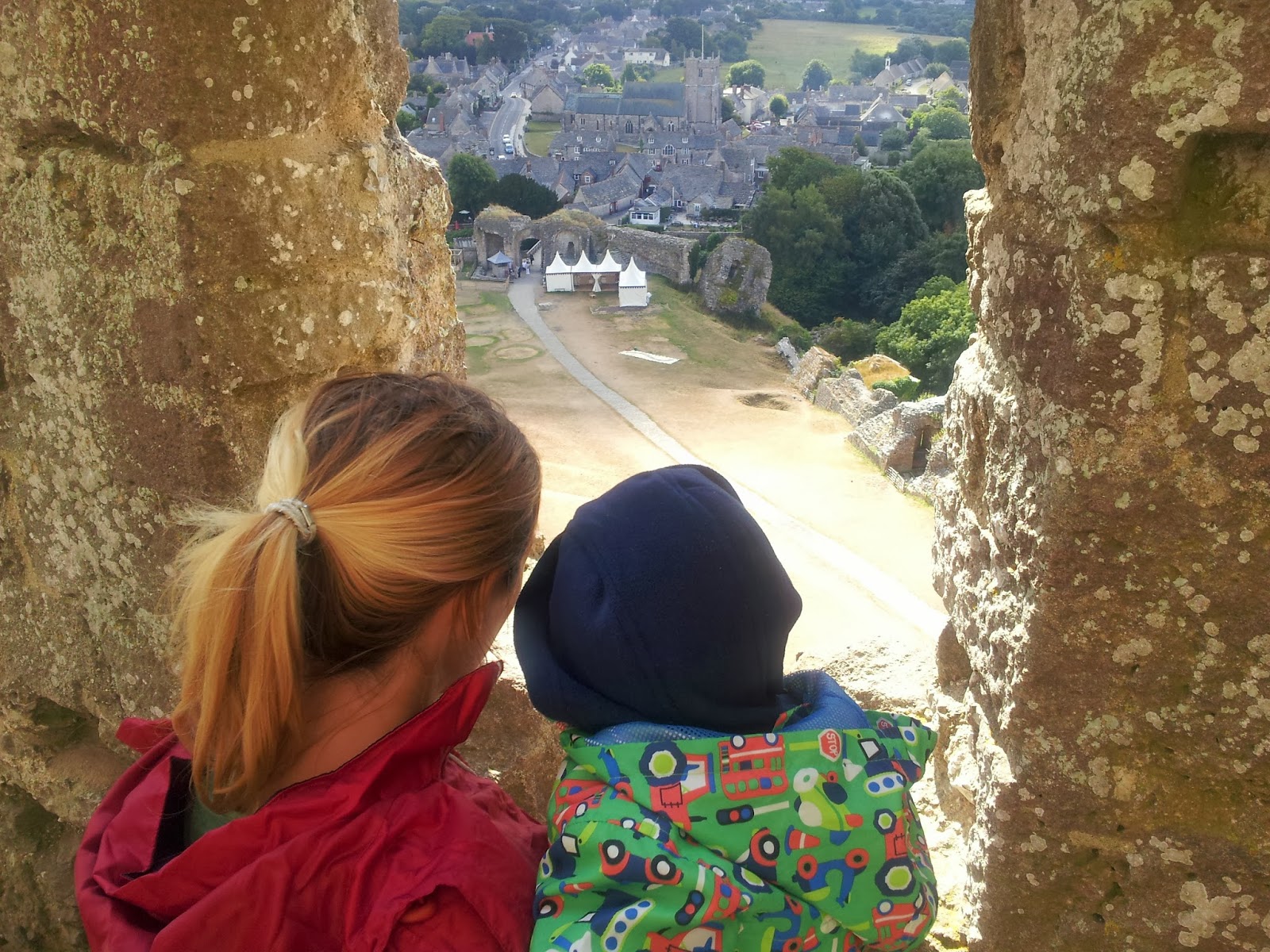 Putting all this together, I think that visiting historical sites gives us added insights into the study of particular periods or phenomena, but also helps us to reflect on the practice of history more generally. We tend to be very focused on texts, and to assume that they, in some way, represent what happened. With buildings and historical sites, it is much more obvious that they are what happened.  A building like Corfe castle is very obviously a many-layered part of history, a historical agent in its own right. Thinking back to the texts that historians like myself usually work with, this helps to remind us that texts too were not just produced to tell us things, but also to show and to be.  They were necessarily just representing stuff that had happened, they were designed to make an impact on people, to demonstrate power, they were contested, ripped, sometimes destroyed: they were historical agents too.
Posted by nowandthen at 13:20