Sadly, we soon have to leave.  I guess I'd better remind myself that we're lucky to be able to...  In the Middle Ages, the council of Dubrovnik controlled movement both in and out of the city very tightly indeed (and not just that of slaves). Immigration to the city needed to be restricted quite simply because the amount of fresh drinking water was limited.  And controlling movement out of the city was a good way of keeping tabs on the population.   In a sense then, the great motivation for slavery wasn't just cheap labour - it was demographic control.  If you want to control the movement of your labourers, what better way than to enslave them?

But slaves did attempt to flee.  I've spent the day looking at criminal records, and there are a really high number of attempted escapes.  I've also finally forked out the money to take some pictures in the archives, so here is an image of a document from 1470 (Lamenta de criminalia) telling of the flight of a slave called  Mighachgna (fol 153v) who was also accused of stealing from her masters. 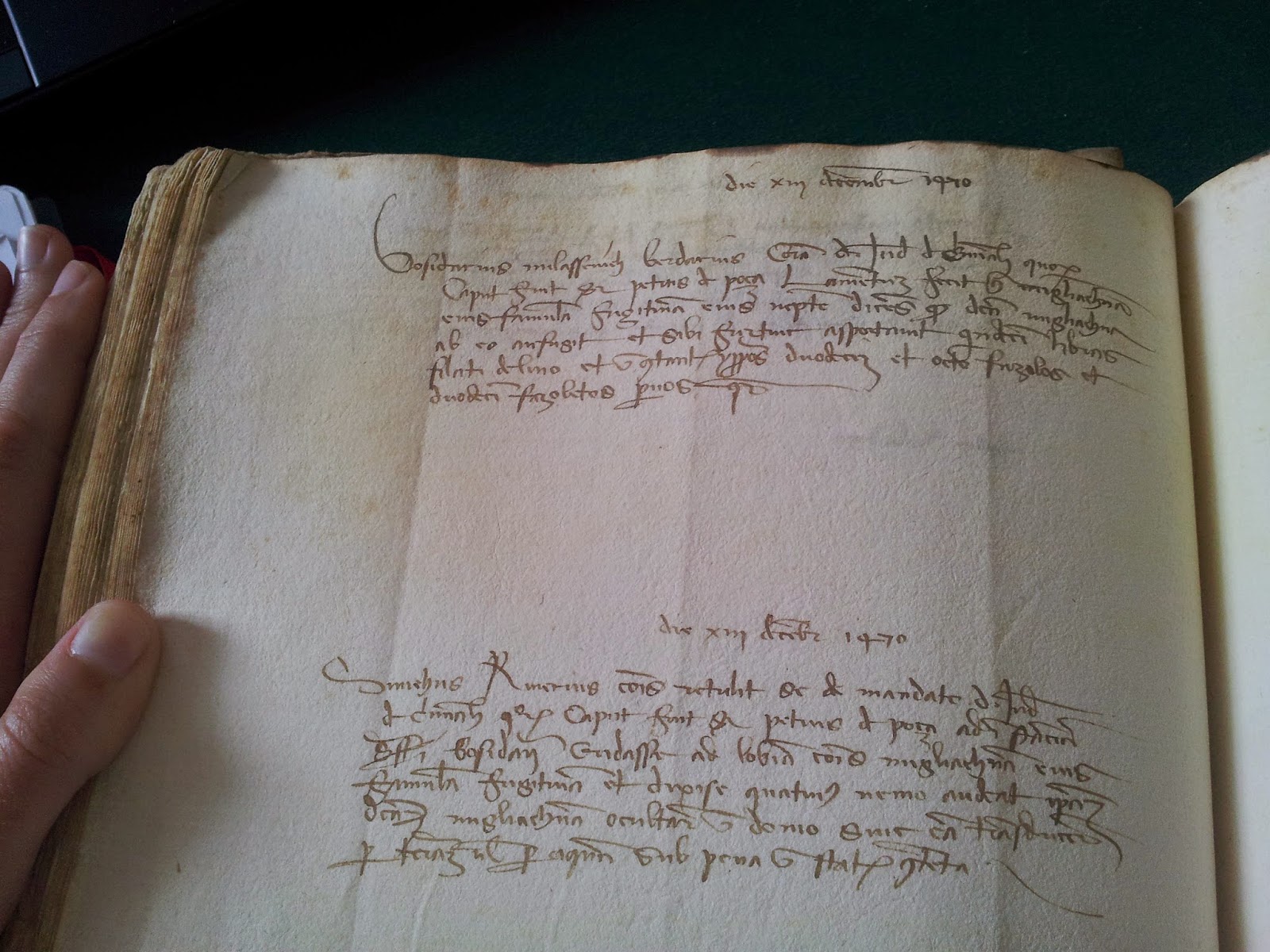 How were such slaves apprehended?  City republics like Dubrovik have such a romantic ring to them. Driven by the idea of the common good, the citizens apparently put the interests of the community before the interests of individuals: the motto of the city written above the Rector's Palace is Obliti privatorum publica curate (put public concerns before private ones).

And it was by such a community effort that runaway slaves were to be caught..   The 'common good' and civic togetherness begins to look rather less appealing: this was liberty, wealth and prosperity for the privileged who were 'in', and it was reinforced by collective action against those who were 'out'.

Here's a typical public announcement about a runaway slave on 10th September 1429 (it's the fourth item from the top):

Citizens are forbidden from giving the runaway Stephanus 'auxilium, consilium vel favorem, nec eum mittere ad alienas partes per terram', or from giving him refuge in their own homes.  And any citizen who disobeyed, was to be heavily punished.

This is the flip-side then of democratic looking city republics.   Strict and cruel policing, undertaken in the name of the public interest and the common good.